Holly Madison is a very famous television personality. She is best known for her character in The Girls Next Door, a reality television show. She also appeared in Holly’s World, her reality series. The series ran from the year 2009 to the year 2011. Apart from starring in reality series, Holly is a book author too. Her books are Down the Rabbit Hole: Curious Adventures and Cautionary Tales of a Former Playboy Bunny in 2015. In 2016, she launched another two books named Playboy Mansion and The Vegas Diaries: Romance, Rolling the Dice, and The Road to Reinvention. In this article, we will know everything about Holly Madison’s dating history. Let’s get started without waiting further.

Here Is Everything About Holly Madison’s Dating History

Holly Madison is famous for her reality series and her bestselling books, but Madison is also famous for her love life. Holly is someone who doesn’t like to share her personal life stories or photos, but it is not that secretive. She always remained in the headlines for her dating history. She had dated very known celebrities throughout her career. Let’s take a look at them.

Holly Madison is known for dating Hugh Hefner from the year 2001 to the year 2008. Hugh Hefner is a very famous magazine publisher. He is the founder and editor-in-chief of a famous Playboy Magazine. The first issue of Playboy was with Marilyn Monroe in the calendar shoot. The magazine’s debut was so successful that it sold more than 50,000 copies. Unfortunately, Hugh Hefner died in the year 2017

Holly Madison dated Criss Angel from the year 2008 to the year 2009. Criss Angel is a famous magician and musician who started his career in New York City. He is known for his many illusion shows and his reality show Criss Angel Believe.

Holly Madison dated Benji Madden from the year 2009 to the year 2010. Benji Madden is a singer, songwriter, producer, and lead guitarist of the rock band “Grand Charlotte.” He formed this band with his twin brother Joel Madden. 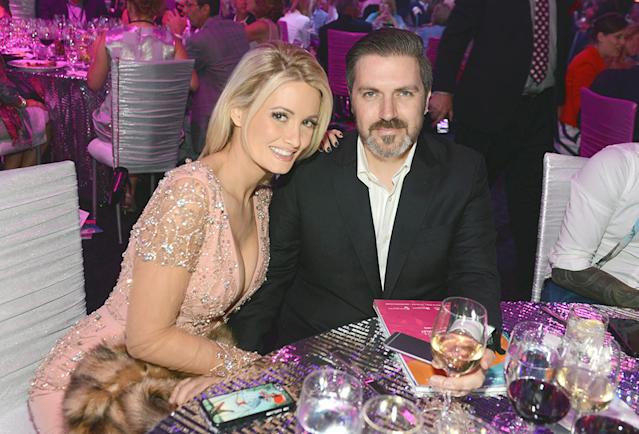 Holly Madison and Zak Bagans met in the year 2019. Holly Madison came to visit Zak Bagans’ haunted house, and they both connected personally. On February 22, it was revealed that the couple broke up weeks earlier. Zak Bagans is a director and a producer who is 45 years old.