Spider-Man is added back to Marvel, but Sony Pictures is not leaving its thought behind, making a live-action Spider-Verse. Again, the movie has been made without a Spider-Man. This results in the movies being not good at all. Fant4stic was the worst Marvel movie, but now Morbius has taken place. Even if the movie did badly at the box-office, still, it is coming back with the second part. You all must be wondering why this movie is coming back. The reason is its popularity on social media. Everyone is making memes to make fun of the movie. They are making fun of the cast as well as the poster. In this article, we are going to reveal some funniest Morbius memes.

Here are the Funniest Morbius Memes

The first meme on Morbius is inspired by the fact that this movie has been a huge disaster at the box office. It was so unpopular when it was released that it went beyond zeroes. Some iconic movie tickets are even worthful. But Morbius is so bad that its tickets are priceless and worthless. 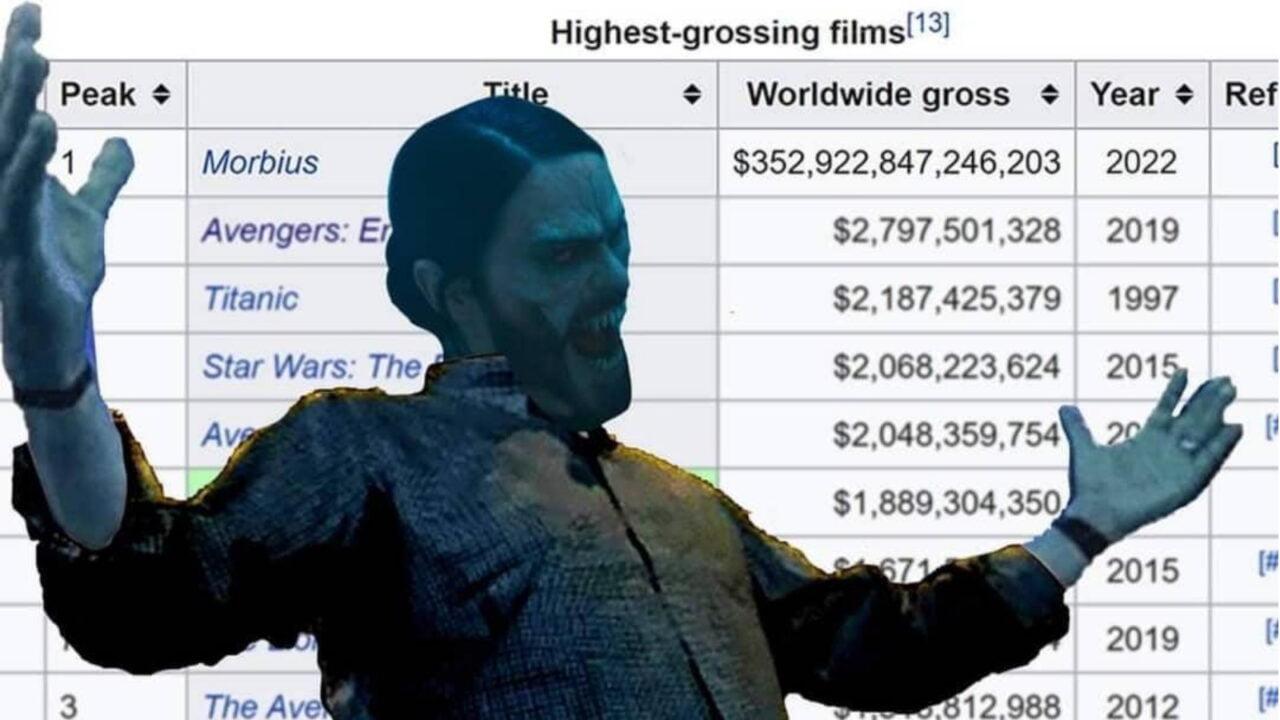 Batman and The Morbius

At some point, there was a competition between Batman and The Morbius. Honestly, there is no need for competition because Batman is far better than this. An audience would love to spend three hours watching the very famous Batman rather than The Morbius. There is only one confusion among the fans Michael Keaton is the one who played Vulture in Spider-Man and Morbius. How is that even possible? Even he doesn’t know it. The strange part was when Sony was asked about it, even though they didn’t have the answer.

More Posts about Camila Cabello’s net worth and many more

Jared Leto is the most unpopularized actor among all other actors of Marvel. He has different behavior and bizarre acting, making him the most unattractive person ever. Now, some of you’ll say that he was good in Requiem for a Dream but face it, people, that money was made 20 years ago. His character in Joker as well as Suicide Squad. The latter was so bad that it was made again by a different director and different casts. Finally, a hilarious meme ever that everyone loved is Morbius’ line “It’s Morbin Time.” But, the dialogue is not from the original picture makes it even more hilarious. We can see this line in almost every meme related to it. It also can be seen in the memes of Dr. Strange in the Multiverse of Madness. This was all about Funniest Morbius Memes. Meanwhile, stay connected to Gizmo Chronicle for more updates.