by Chris Andrew
in News
0

Love Island USA season 4 sees the revival of the highly popular dating show that is currently streaming all across the mainland US. Just like the previous seasons, the series is about a bunch of (pretty well-off and influential) singles getting all closeup, mushy, and personal all over the summer while also trying their hand at winning the prize pool of 100,000 dollars.

Season 4 of Love Island is coming with some new updates, though. This season would be much hotter than the last and would be premiering on the brand-new streaming platform Peacock than CBS. With the constraints that a broadcast network had in place lifted, the show could be aiming for new heights and peacocking … pretty apt for the streaming service. For the US audience, the modern family star Sarah Hyland would present the season.

The new season would be another explosively emotional one, and the participants could be looking at a wide range of new challenges. So, how would you stream this hot bombshell of a show? Let’s get on with it!

How To Watch Love Island US Season 4?

As Love Island USA has moved to Peacock, you’d need to have access to Peacock, Peacock Premium, or Peacock Plus for an exclusive streaming experience. It’s to be noted that his streaming is available only for the US audience, and if you’re overseas, you won’t be able to stream Love Island USA from other countries or even access Peacock TV. This means that unless you have access to a premium VPN, you could be missing out on the season for good. 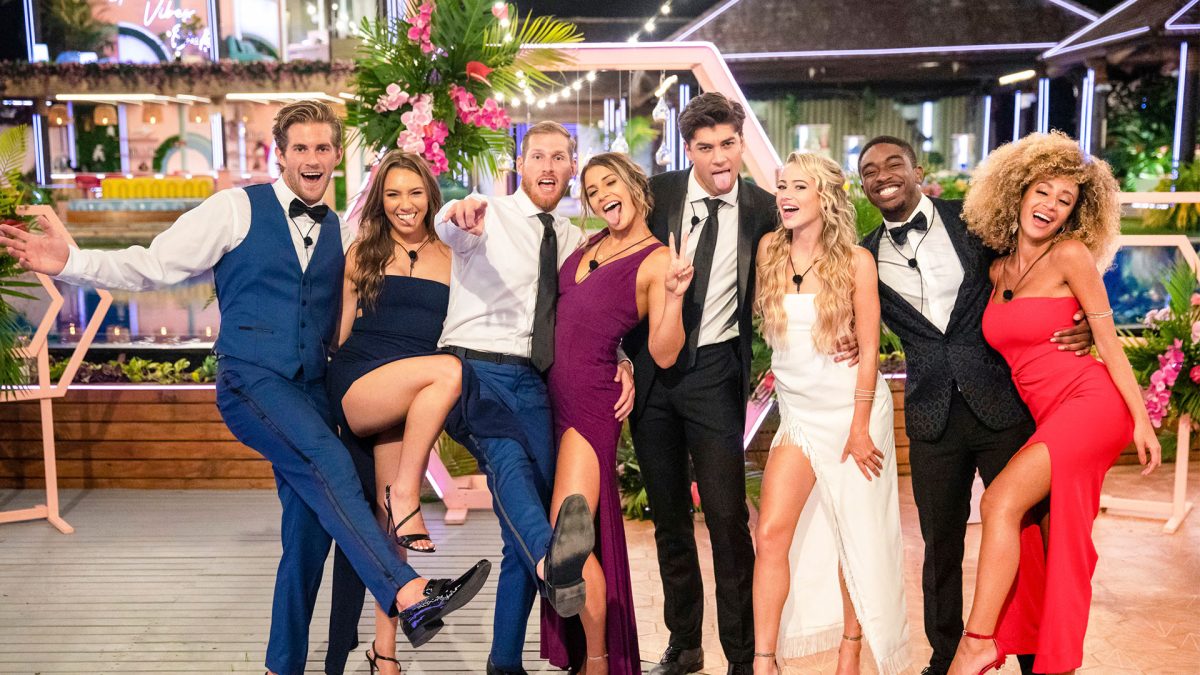 This Year’s Participants Of The Show

Sydney Paight: A 22-year-old major operations and event manager from Houston, Texas, who is currently living in Los Angeles. She considers her favorite Paris Hilton her biggest idol for setting up a role model for her from a young age.

Zeta Morrison: Zeta is 29-year-old from Suri, England, but she currently resides in LA and works as a babysitter and a part-time model. She’s also an amateur writer and is currently working on her autobiography, which she hopes to get published soon.

Felipe Gomes: Felipe is a 32-year-old model from Sao Paulo and has spent the last 07 years traveling all over the world. He has since been to over 10 countries and even claims to be a great lover who has been with over 200 women already. Those are some rookie numbers… heh.

Andy Voyen: Andy is a land agent who hails from beautiful Minneapolis, Minnesota. He loves to spend his time fishing, skiing, tubing, etc. He has a special acquired interest in blonds, and his celebrity crush at the moment is Margot Robbie.

Deborah Chubb: As an independent 26-year-old personal assistant from CA, the last 4 men she dated ended up marrying after she was done with them.

Jesse Bray: This 27-years-old from Houston drinks three to four gallons of milk per week, and he isn’t boasting of it either. His spirit animal is a bear, and he hopes to live up to it someday.

Isaiah Campbell: Isaiah is a 21-years-old from South Dakota and is looking for a family girl who is looking for a long-term relationship and a real alpha female. He isn’t interested in petty flings and sees himself as serious and focused.

Timmy Pandolfi: He is a 29-year-old personal trainer from NYC who has real estate running as a side gig. He loves guitar, hates snakes, and wants a kind and compassionate woman in his life. Just like his mom.

Sereniti Springs: According to this 28-year-old from New Orleans, a person with a nice set of teeth should get the girl. She is a real cowgirl at heart, however, and wants to find a strong, silent type of guy! If from Texas, all but better!