Dick York played the infamous character of Darrin in the popular TV show of the 1960s, “Bewitched”. This American sitcom aired for 8 years. But midway between the seasons, the show makers changed a cast member. Dick Sargent replaced Dick York in the 6th season. Rumors had that the reason behind the sudden removal of DIck York was some disputes between him and the directing team. But the true story behind it is a heartbreaking one, so buckle up. 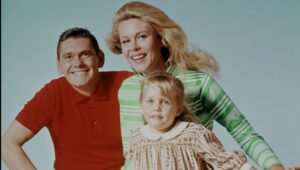 Bewitched is a comedy-drama on American television. It follows the story of a witch who married a mortal man expecting to lead a simple suburban life. Throughout the 8 entertaining seasons of the show, we can enjoy the funny, exciting adventures of the main lead – Samantha Stephens, played by Elizabeth Montgomery. The show was much popular in the initial years but then its ratings kept on falling in the final 3 years when Dick Sargent was cast. Even though Season 9 and Season 10 were announced and registered, Elizabeth insisted on leaving the show. Hence, Bewitched got concluded in the year 1972 after airing a total of 254 episodes.

What Made Dick York Leave The Show?

Prior to being a part of Bewitched, Dick York had a severe spinal injury while shooting for a film, They Came To Cordura.

In an interview, York mentioned, “Gary Cooper and I were propelling a handcar carrying several ‘wounded’ men down [the] railroad track. I was on the bottom stroke of this sort of teeter-totter mechanism that made the handcar run. I was just lifting the handle up as the director yelled ‘cut!’ and one of the ‘wounded’ cast members reached up and grabbed the handle. Now, instead of lifting the expected weight, I was suddenly, jarringly, lifting his entire weight off the flatbed – 180 pounds or so. The muscles along the right side of my back tore. They just snapped and let loose. And that was the start of it all: the pain, the painkillers, the addiction, the lost career.”

After this accidental event in 1952, Dick York faced many obstacles in continuing his career. He had an incurable condition and mainly survived on painkillers.

Being brilliant at acting, he chose to not waste his skills and continued acting. Soon, he played Darrin for the ABC fantasy sitcom Bewitched. This role became the most famous and appreciated character played by him. But it didn’t come easy. York was in tremendous pain as his injury made it difficult to stand for long hours. At his studio, the producers arranged a leaning wall for him. During breaks and between the takes, Dick York would rest his back on it and continue shooting.

For 3 years, he continued working extra hard like this. But in the fourth season, Dick York’s condition worsened. The doctors suggested he stop acting so that he can recover. But he and his wife didn’t find many choices because acting paid their bills. Therefore, he decided to continue with a strong dosage of drugs.

In the next two seasons of the show, Dick York has mostly seen either lying on a couch or sitting. They avoided any scenes in the script that would require the actor to walk or stand or even move much. He didn’t even appear in some of the episodes. They would make up a business trip or focus more on Samantha’s life. 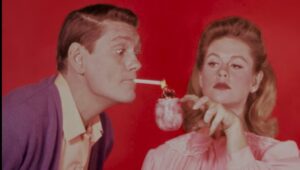 A breaking point came by the end of season five when Dick York was hospitalized in a very terrible state of health. At that point, the director of Bewitched William Asher gave a choice to Dick York to quit. He took an out and the actor got replaced by Dick Sargent. The ratings of the show frequently fell after that. And due to the falling popularity, Montgomery quit too.

Dick’s treatment continued for two years and then he went through a phase of a strong addiction to the medicinal drugs. He gained lots of body fat and almost hit the dead end of his career. But in the 1980s, he turned around his situation one last time. He got in shape, healed from his addiction, and showed up in guest appearances on multiple occasions. 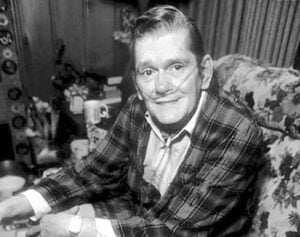 In the late 1980s, with his still unhealed injury, Dick started surviving his day with smoking addiction. He dedicated his last years to teaching acting and helping the homeless. In 1992, he died at the age of 63 due to a smoking-enhanced disease – emphysema.